On Friday afternoon I had the unbelievable pleasure to meet a princess.  And not just any ordinary princess.  Oh no no no.  Many of you know of the princess I speak of and you are going to be so jealous.  I am of course talking about Princess Harlow!!!!!  I am not kidding.  Harlow has been on assignment with her Momma in the wilds of Wyoming for two months and is now headed home to Arizona.  When I heard they would be passing through my neck of the woods on their way home I knew I just had to meet Princess Harlow.  Not only did I get to meet her royalness, but Bert brought his Vickie along for the meet and greet AND AND the one and only Dr. Liz (Fi and Abby's mom) came too!!  You may remember that Dr. Liz did a beautiful photo shoot of my boy Goose this past February.  The Princess was in her element with all her adoring fans taking photo after photo of her.  I alone took 533 photos.  I have a little video of SOME of those photos for you to enjoy.

You know I had know idea what I was getting into all those years ago when Bert suggested to Goose that he do a blog.  One of the surprising and unimaginable blessings that I have received is being apart of a community that is so loving, caring, and just down right amazing.  I am overwhelmed with the relationships that have developed.  And the whipped cream on the fresh fruit is that on occasions I get to meet some of you.  Thank you Harlow for stopping by and letting me meet you, pet you, give you belly rubs and thank you for the sweet kisses you gave. 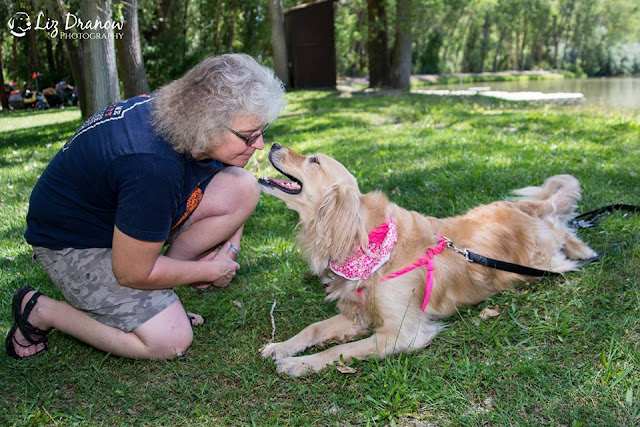 Stroll Through the Wildflowers

Each Sunday morning, Spring through Fall, I always take a stroll through the wildflowers that grow and bloom along the garden and canal of our Community Garden at my church.  It was something that I would do with Goose a few times a week during the evening hours.  It was so peaceful and a time of reflection.  And a time of beautiful joy to watch Goose weave in and out of the colorful and fragrant blooms.  This past Sunday I happen to have my phone with me as I strolled along and took a few pics of my walk among the beautiful. 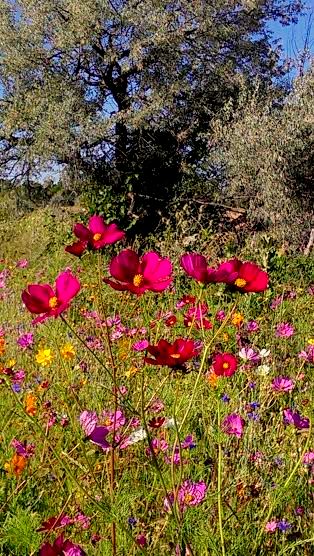 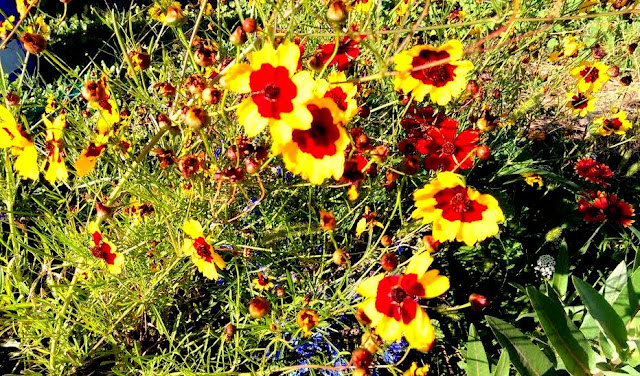 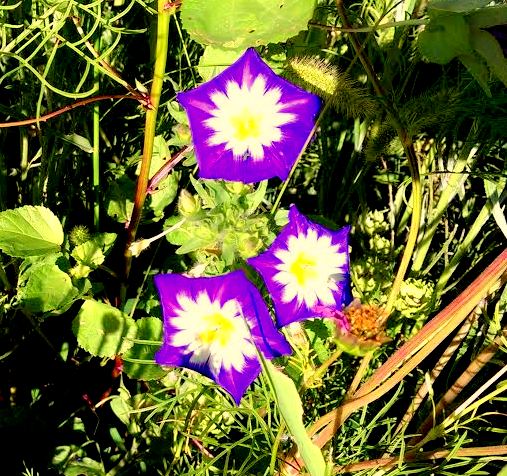 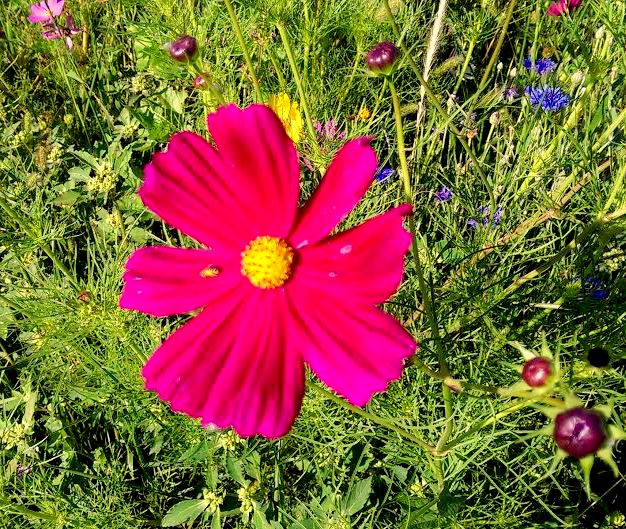 O flower! Attired in pure natural innocence,
You are ignorant of your enchanting aroma,
Unaware of your Charm,
Dances freely with flirtious breeze,
Hardly cares about worldly things,
You are neither selfish nor altruistic
Full of Self yet so Selfless! 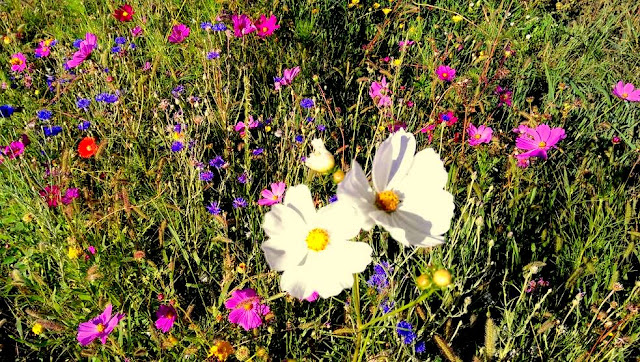 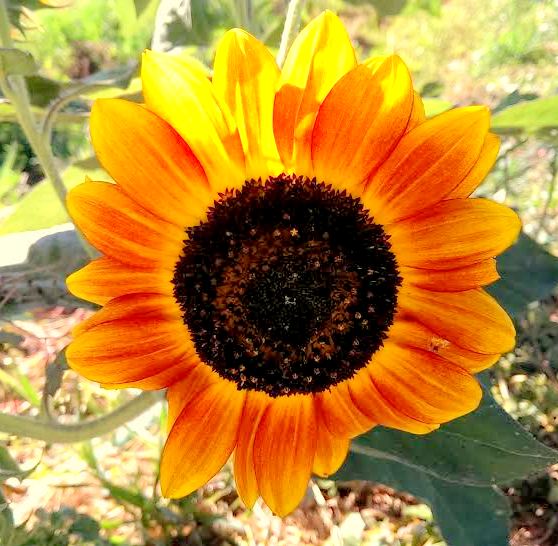 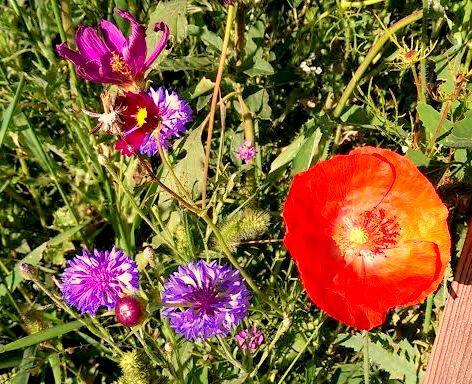 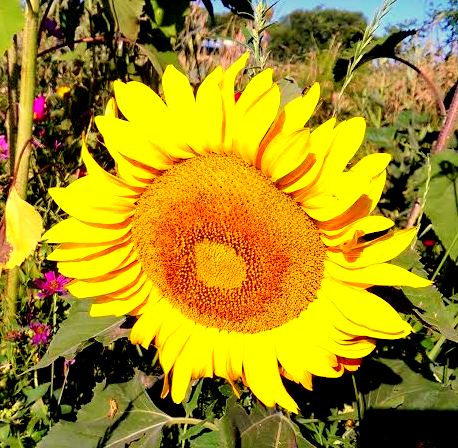 I am fascinated by your tranquil disposition,
At dawn you bath in sun's rays,
Flirt with buzzing bees,
Fall a deep sleep in afternoon warmth.
Enjoy melodious sound of chirping birds 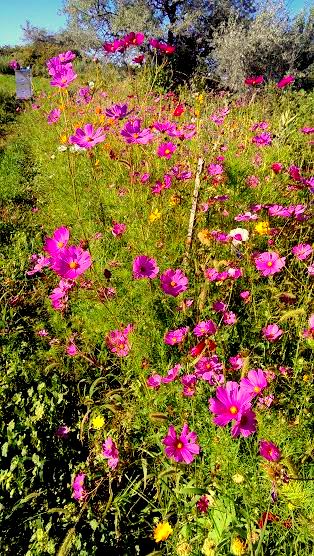 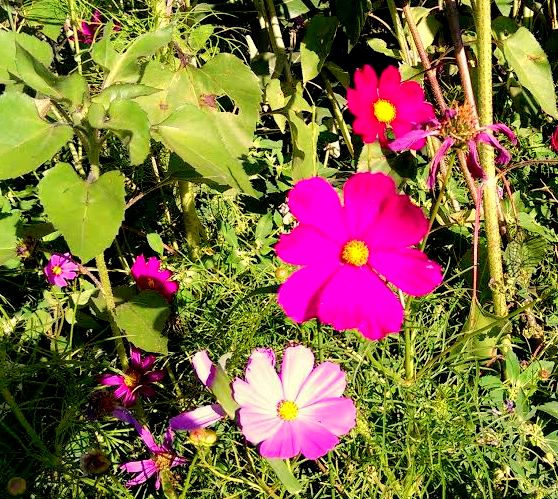 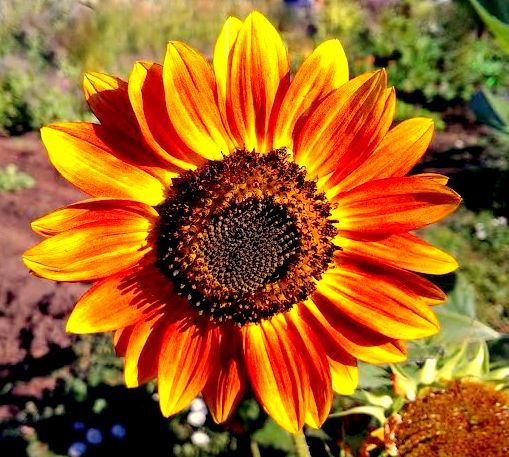 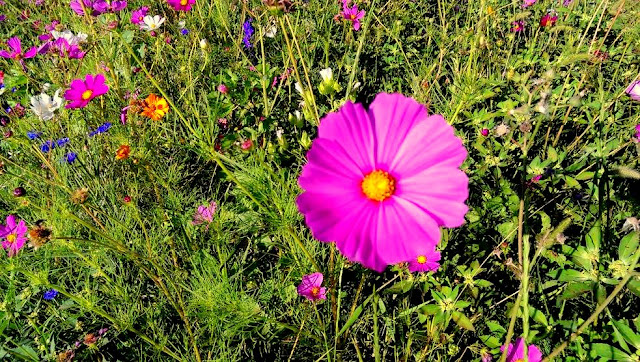 Your love, up there - the sky,
Gazes you with intense admiration,
Sky kisses you tenderly through its winds,
You spread your fragrances in its arms,
Sky grows enamored of your presence,
What a beautiful bond!
Blessings,
Michelle

I stopped by Bert's place on Tuesday to see how he is doing with his Phenomena.  Despite his pitiful look he is doing better. 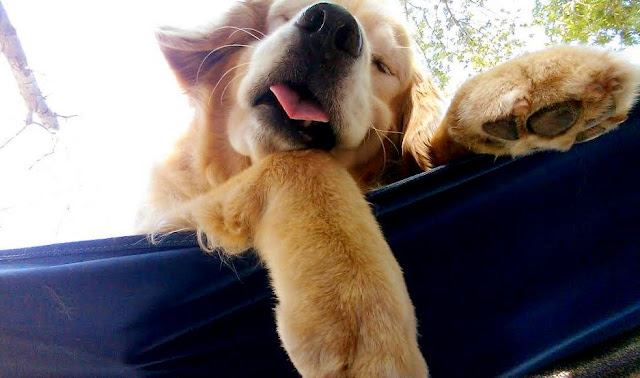 "Oh I am doing A LITTE better.  Butt I think I need more treats."
"More treats?  But Bert Bert you are sick."
"I think if you played ball with me I would feel ALOT better."
"Dr. Eddie said you needed to rest, so I don't think playing ball would be a good idea."
"NO, I think what Dr. Eddie said was I needed extra treats, more ball playing and an extra week off of work so I can get in more treats and ball playing."
"Oh is THAT what he said." 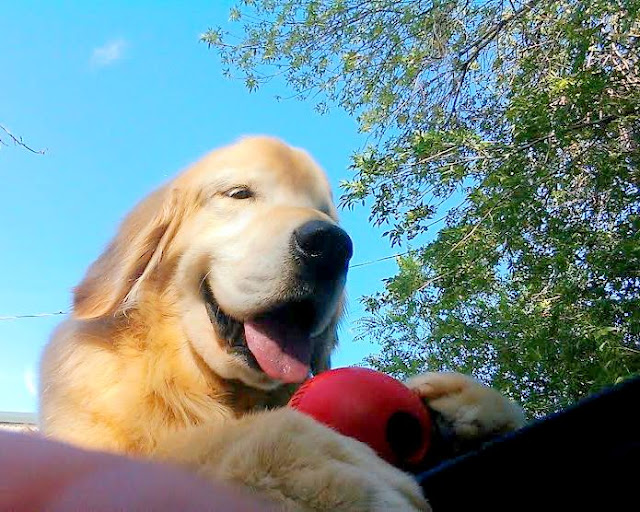 "Yea, I am pretty sure that was his exact instructions."

I spent some time with Bert this weekend.  He is a bit sick.  NO he did not eat a rock, it seems he has phenomena.  So poor Bert has to take it easy, take his meds, and take a week off of his work (hospital, airport, library, etc.). 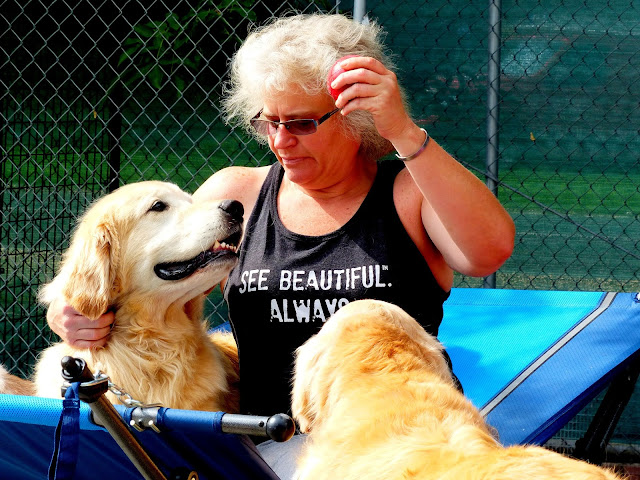 When I visited him he of course wanted to play ball.  I played with him, but in an easy way so not to wear him out. 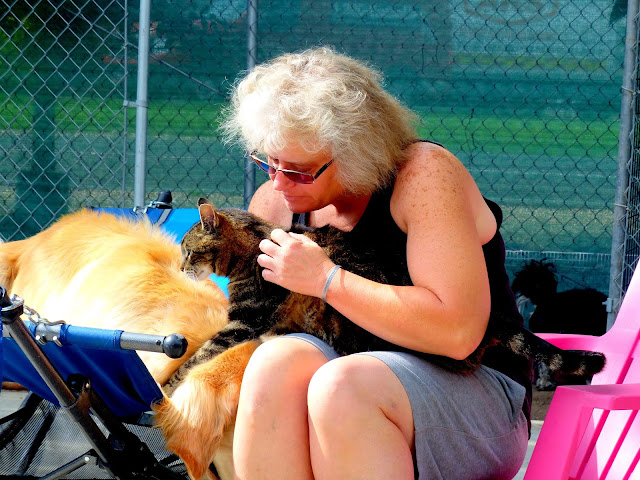 Allred even tried to hold Bert down from chasing the ball. 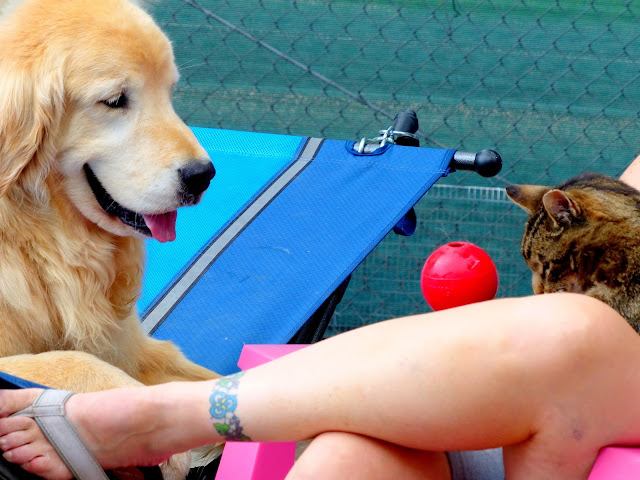 Even when he is sick he is still a ball crazed Golden mess. 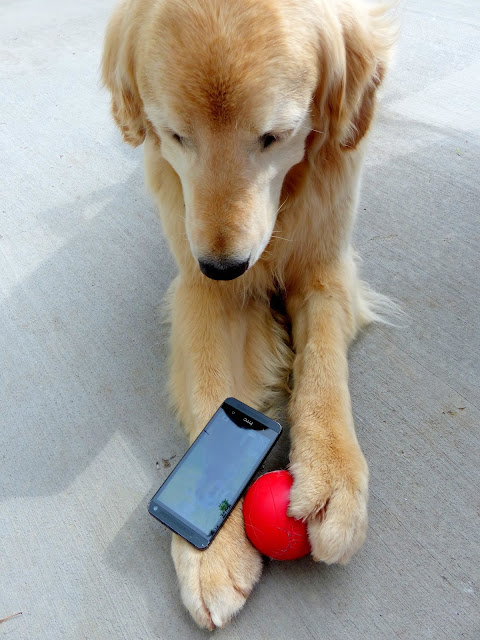 When I got up to leave my phone fell from my pocket.  When I went to pick it up I noticed what was on the screen. 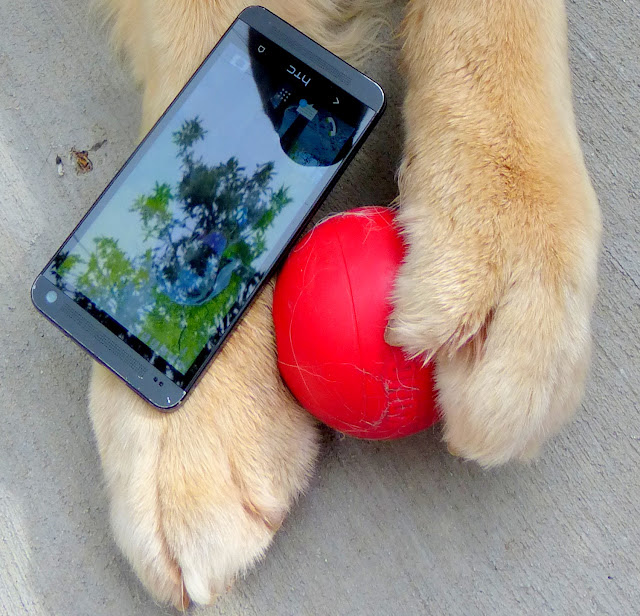 If you look close you will see Goose.  I guess even across the Bridge Goose wants to play keep-a-way with Bert's ball.
Blessings,
Michelle

I enjoy sitting on my patio in the evenings, relaxing, watching the birds.  There is a peace there that I find.  For the past few nights as I have sat on the patio I have been joined by others.  It happens each year around this time.  The others I speak of are Dragonflies.  Each year Goose and I would enjoy that time together.  He didn’t even mind when they would land on him.  Each year as I watch these Dragonflies, and whenever we would see them around a pond on hikes and such, I am reminded of a story my Grannymom told me. 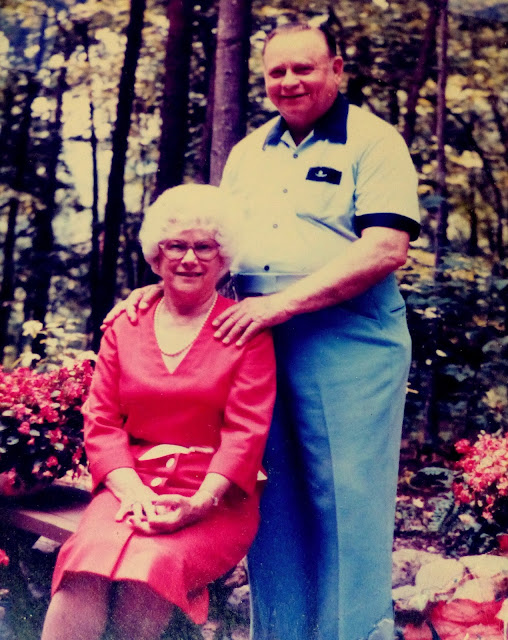 My Grannymom was in the last moments of her life as Cancer had taken an awful toll on her.  I had watched this woman, (who had been the most influential person in my life, and in many ways still is), this woman who was so full of life, love, energy, whimsy, just a tiny ball (she was only 5 foot) of brilliant sunshine that brought warmth, smiles and beauty to anyone she met, go from all that to a woman who was too weak to get out of bed as she withered away.

Even in her weak and withered state she could tell I was bothered by it all and was having a hard time watching her as the ugliness of Cancer showed no mercy.  As I sat next to her on her bed she took a deep breath had me lean in closer to her so I could hear the words she spoke. 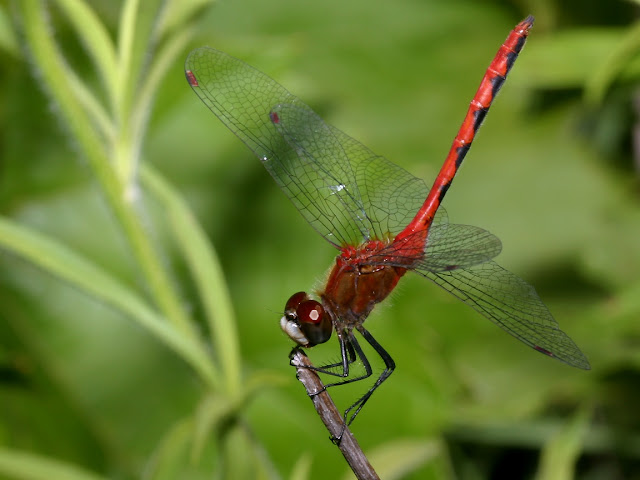 “Mickey” she said “One afternoon, a woman, lying in a canoe close to the shore, saw many beetle like creatures in the muddy bottom of the lake.  She felt sorry for those lowly creatures, which would never know any other world except gloom and mud and water.” 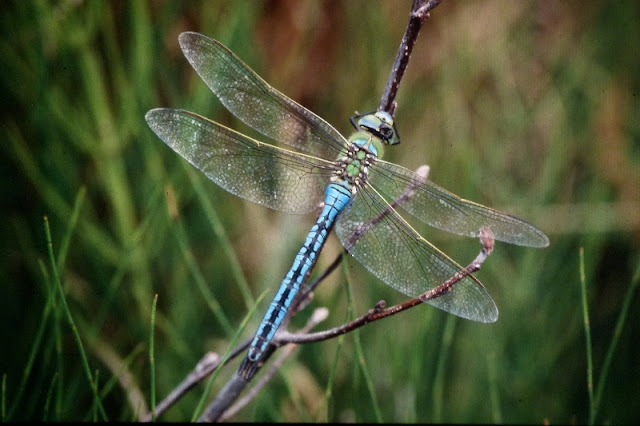 “Then a big, black beetle came out of the water.  It crawled up on the edge of the canoe and sat there blinking at her.  Under the heat of the sun the beetle died.  Then a strange thing happened.  The beetles black, shriveling  shell cracked down the back.  Out of it came a shapeless mass whose hideousness was transformed into a beautiful, brilliantly colored life.” 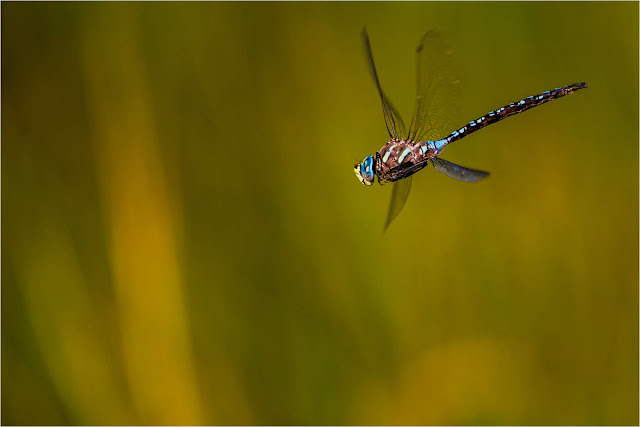 “Out of that mass gradually unfolded four shimmering wings from which the sunlight flashed a thousand colors.  The wings spread wide as if to worship the sun.  The woman realized that she had witnessed the transformation of an ugly beetle crawling in the mud to a beautiful dragonfly soaring above the waters.” 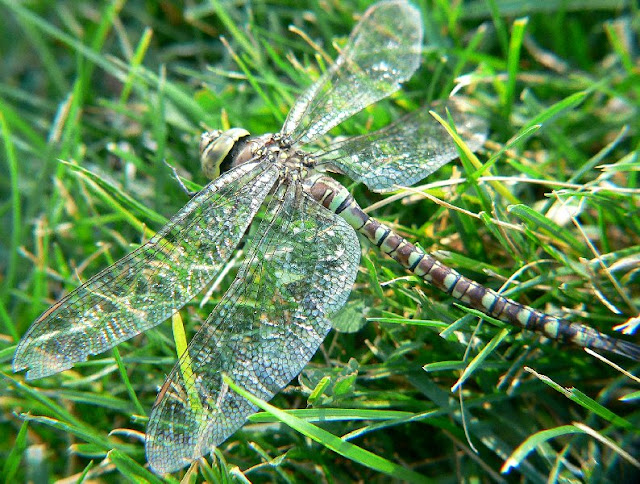 “The body that was left behind still clung to the canoe.  While the dragonfly explored the wonders of its wings and its new world, the other beetles were still crawling in the mud.  The woman new that she had seen a miracle of nature.  Out of the mud had come a beautiful new life.  The thought occurred to her, if the Creator worked such wonders with the lowliest of creatures, what must be in store for God’s children created in God’s likeness!” 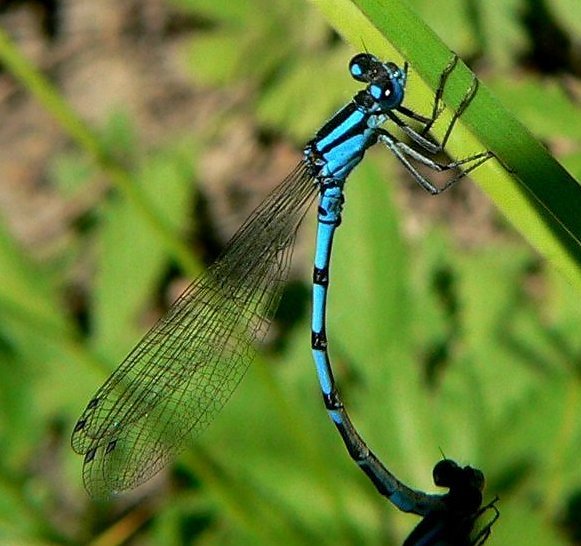 What truth!  With that simple and beautiful story my heart was no longer heavy it was light and at peace.  So you see even over 30 years ago when my Grannymom told me that story whenever I see a dragonfly I cannot help but smile and think of my Grannymom and give thanks for all the wonderful ways she guided me.

It is time once again for "This Moment See Beautiful" hosted by Sugar.  Every 2nd Friday of the month we are invited to share how we See Beautiful, how we create it, how we share it, and I would add how we experience it.  One of the ways I am experiencing Seeing Beautiful is in memories.  When you strive to live your life seeing beautiful in what surrounds you, in the people you meet, in yourself, and in all experiences in life you can't help but making beautiful memories.  And that friends of Goose is indeed a beautiful thing.  Here is a short video of just a fraction of the beautiful memories I have of one who created so much beautiful in my life.


I feel a warmth around me
like your presence is so near,
And I close my eyes to visualize
your beautiful face when you were here,
I think upon the times we spent together
and they are locked inside my heart,
For as long as I have those memories
we will never be apart,
Even though we cannot share this physical life anymore
my voice is always there,
Because every night before I sleep
I have you my sweet Goose in my prayer.

You can join this blog hope by clicking below.  Happy Seeing Beautiful

Bert and Friends Come to Play

Yesterday Bert came by my place and he brought a few of his friends.  His siblings came along, Scrappy, Willa, and his Momma.  And he also brought along his girlfriends, Miss Sophie and Mazie Day.  It was a hot hot hot day, but that did not stop them from having a great time. 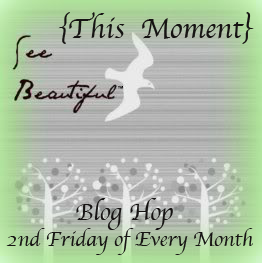 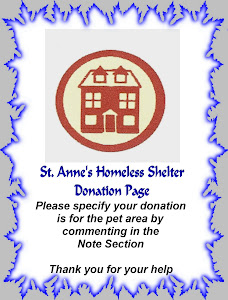 GOOSE
Hi my name is Goose and I occasionally have an inspirational thing to say now and then. I also like to share with you my adventures that I have with my MOM and my friends. I hope you find them inspiring and up lifting. If you would like to contact me you can e-mail me at pastormichelle13 (at) gmail (dot) com.